The Troika and financial assistance in the euro area: successes and failures.


Yet programmes were based on far too optimistic assumptions about adjustment and recovery in Greece and Portugal.


Although fiscal targets were broadly respected, debt-to-GDP ratios ballooned in excess of expectations due to sharp GDP contraction. The GDP deterioration was due to four factors: larger-than-expected fiscal multipliers, a poorer external environment, including an open discussion about euro area break-up, an underestimation of the initial challenge and the weakness of administrative systems and of political ownership.


The Greek programme is the least successful one.
The Greek programme cannot be judged as successful at this stage. Not only was the first programme discontinued and replaced by a second programme after a haircut on privately-held government debt, but there is widespread doubt that the country will be able to regain market access without some form of write-down of its publicly-held debt.
However, debt-to-GDPlevels increased more than originally foreseen. This was mostly due to the larger-than-expected fall in economic output. A combination of factors is responsible for this substantial error in judgement: (a)the larger-than-expected fiscal multipliers, (b) the unexpected deterioration in the external environment, including an open discussion about euro area break-up undermining investor confidence, (c) an over-optimistic assessment of the initial conditions, (d) an underestimation of the weakness of some administrative systems and a lack of political ownership.
They implemented reforms but it is difficult to assess whether these reforms are sufficient. Certainly, time is needed to make reforms effective.
In Greece, Ireland and Portugal (..), the fall in domestic demand was bigger than anticipated and, as a result, unemployment increased by much more than anticipated.


Growth prospects are still unsatisfactory and far too weak to address the unemployment challenge. Greece is in the worst situation with unemployment at more than 25 percent and public debt at 175 percent of GDP, but the other three countries, with unemployment at about 15 percent and public debt at about 120 percent of GDP, are also not faring well.
In the case of Greece, it is hard to see how the country could exit from its programme at the end of this year without some form of further debt relief and an accompanying framework to improve the structural drivers of growth.
Pubblicato da P.Pierangelini a venerdì, febbraio 20, 2015 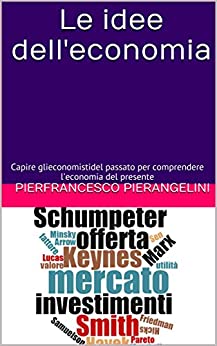